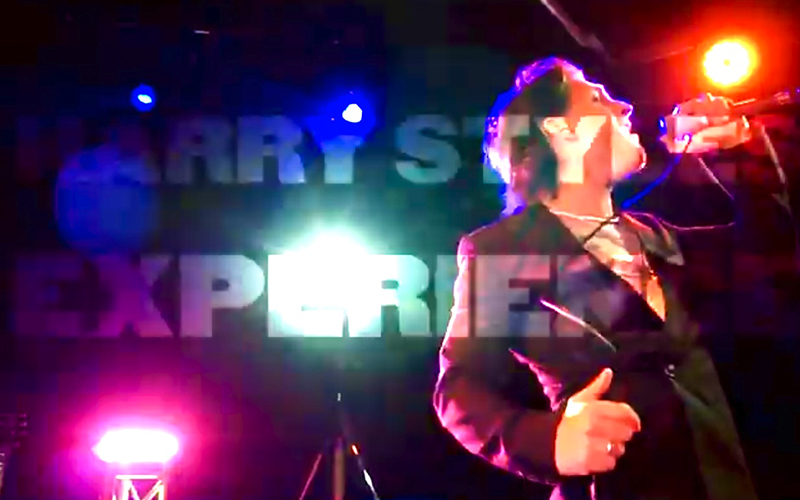 Adam Ingles presents ‘The Harry Styles Experience’ – an exciting journey through Harry Styles incredible career, with some of the best Boyband, contemporary, and rock classics ever written.

Harry Styles is something of a phenomenon in the world of music by hitting that sweet spot where his audience has no upper or lower age limit. With his voice and charm, he was always the one to watch as he went from X Factor to being the main focus of One Direction. Literally conquering the world, they eclipsed pretty much every record for any boy band in history. Since then he has become an incredibly mature and prolific solo artist.

With multiple number one albums and singles he has not only taken his 1D audience with him but carved out a whole new appeal with an older following. From his first smash single “Sign of the Times” he made it very clear that he had matured into a superb songwriter and he lost none of the looks and performance that made him stand out in 1D. With his love of playing live he has made a point of often covering songs by his musical hero’s – his cover of Peter Gabriel’s “Sledgehammer” alone racking up 40million views on YouTube.

Bringing you the Harry Styles Experience is the incredible Adam Ingles. Having just turned 30 and hailing from near Manchester, Adam started singing at the age of 6 and has never looked back since. Learning the guitar followed and on leaving school he completed 3 years at Manchester Music Base studying performance and songwriting. From the age of 17 he has been performing live in a huge variety of venues and genres. It was here that he honed not only his incredible voice but his easy and charming manner that always marks him out as very special. It is this combination of looks, voice, and charm that make a perfect person to replicate Harry’s live work. With everything from intimate acoustic to boy band work in front of 20,000 people, his talent always shines through.

The show is carefully crafted to cover all aspects of Harry’s career, including his 1D anthems, amazing solo career, and the superb covers he has made his own – “Sledgehammer”, “ The Chain”, Fleetwood Mac, and “ Still the One” Shania Twain.

Adam showcases Harry’s phenomenal story from X Factor contestant to global icon. With his albums going Platignum in the US, Europe and most of the world there’s no doubting, he’s one of the world’s biggest stars of our time.

Adam’s show is a perfect mix of all these elements, making it an exciting journey with some of the best Boyband, contemporary, and rock classics ever written.