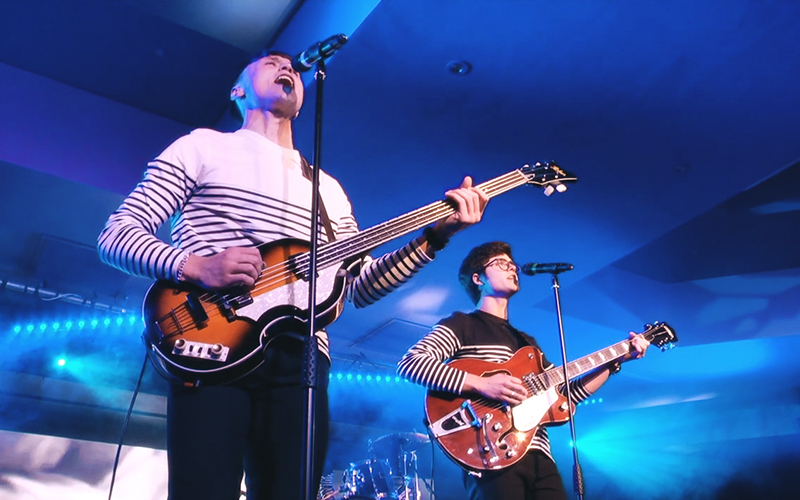 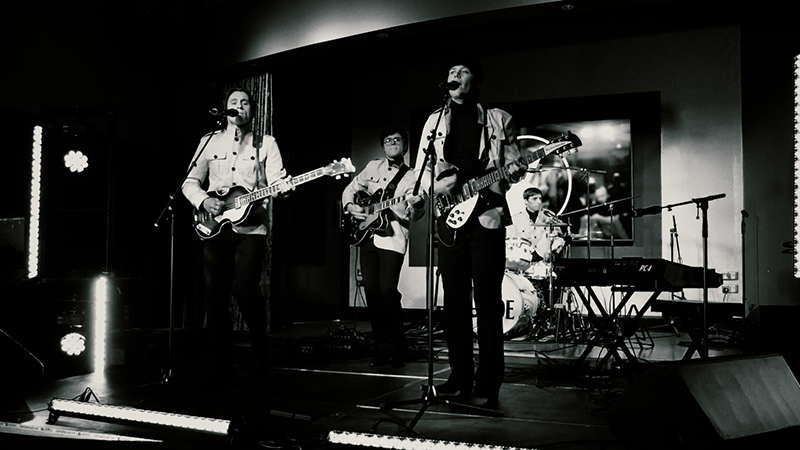 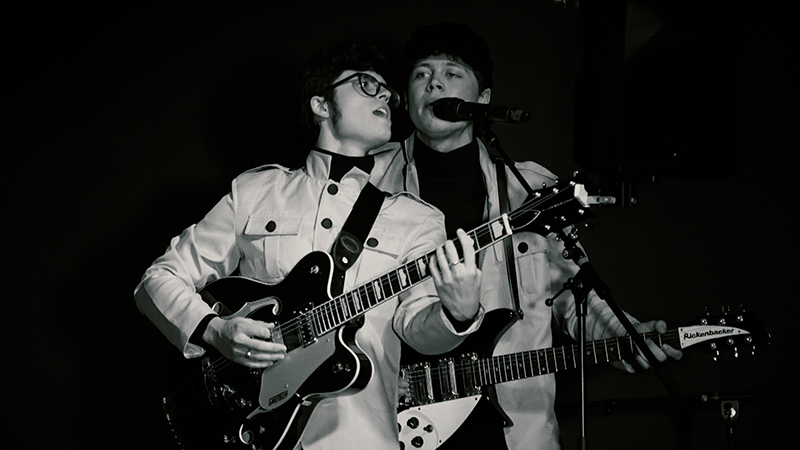 The only Beatles band to bring you The Beatles in their incredible prime.

Hey Dude take us back to the ‘Beatlemania‘ Phenomenon of the 60s – like the fab 4, these guys are young, fresh, talented, and exciting! Taking their name from the blockbuster film ‘Yesterday’, this is a thoroughly modern take on the band and the music that changed the world.

Formed in 2019 by Keelan ( Paul ), he had one aim – to recreate the excitement of The Beatles at their peak of Superstardom. He found 3 other incredible talents to share his love for this timeless music – all 4 members sing and are multi-instrumentalists, meaning no backing tracks are used – They are totally live!

With the band ranging in age from 21 to 25, Hey Dude captures not only the sound but the charm, magic, and energy that conquered the world. From the energy and exuberance of ‘Twist and Shout’ and ‘I Wanna Hold Your Hand’, to the Beautiful ‘Yesterday’ and harmonies of ‘This Boy’, the show is a truly class replication of the iconic 4.

To see such a young band perform these great songs with immense talent, respect and enthusiasm is a refreshing thrill for audiences of all ages. The songs are among the most played and well known in history – it’s rare to find a modern artist, who doesn’t cite the Beatles as an influence.

Keelan (Paul)
Hailing from Englands South coast, Keelan has been singing since the age of 10 and playing guitar since he was 13. Lucky enough to play in pubs and clubs since the age of 15, he has gained an array of experience entertaining different audiences. His professional music career started as Franki Valli in Jersey Beyond to which he found his feet, his voice, and his on-stage personality. He has always had an infatuation with the 50s, 60s, and 70s music and loves to share his passion for the great songs of the past. Since discovering the Beatles at an early age, he has wanted nothing than to be a Beatle himself. Learning to play the ‘Hofner Bass’ like Paul McCartney he put together this group with the help of his management and finally feels he is on the way to accomplishing his dream.

Harry (John)
Born and raised on the outskirts of London, Harry’s life has been all about music and the arts. He studied Jazz drums and songwriting at University, in addition to film scoring and history. Like most songwriters, once he discovered the Beatles, it opened up a world of fantastic music. Being the most recent member, he was thrilled to be asked to be “John”. With a keen eye and ear for detail and his love of history and art, this is a dream gig for Harry.

Dani (George)
Dani was born in Las Palmas de Gran Canaria (Canary Islands, Spain). Both his parents are musicians and work professionally playing country, rock n roll, and pop music. As a musician, he has played in many different bands and genres from jazz and blues to metal and pop. He really feels he has found his Kindred spirits in Hey Dude. “I get to play some of the finest songs ever written, with people with the talent and musical chops to play them brilliantly”. Dani studied Classical Guitar at the Conservatory of the Canary Islands, later graduating with a degree from the Academy of Contemporary Music in Guildford.

Jack (Ringo)
Jack is also from England’s southeast. He has been playing drums since the age of 11, and after a mix of being self-taught and having lessons started gigging at the age of 16. Playing a variety of gigs as an 80’s pop band and chart hits with college friends, he gained experience playing live for a few years before joining Hey Dude alongside Keelan who have been friends since college. Since joining Hey Dude, Jack has worked incredibly hard getting to grips with Ringo’s movements and playing style on stage. “It’s been a huge learning curve having to get the tracks down as on record. You still hear band leaders and producers asking drummers to play it like RINGO! “

With the energy and passion of youth and the musical skills they were born with and studied to perfect, these are 4 very special and talented individuals – just like The Beatles were. Hey Dude‘s mission is to keep the songs of Lennon and McCartney alive, continuing to be loved by generations to come.

The only Beatles band to bring The Beatles in their incredible prime.